SolveSpace is a libre and open-source parametric computer-aided design application that uses a NURBS geometric kernel, allowing it to represent curved surfaces exactly. It was originally released by Jonathan Westhues under the GPLv3 license and is now further developed at M-Labs.

What can be done with SolveSpace?

SolveSpace is primarily useful for mechanical design. At M-Labs, we use it to design vacuum chambers as well as custom fittings and fixtures. The models can then be exported as STEP or PDF with dimensions and sent to a machine shop for manufacturing.

Of course, most vacuum chambers would have some standard flanges. These can be easily modelled using a single sketch and a lathe operation: 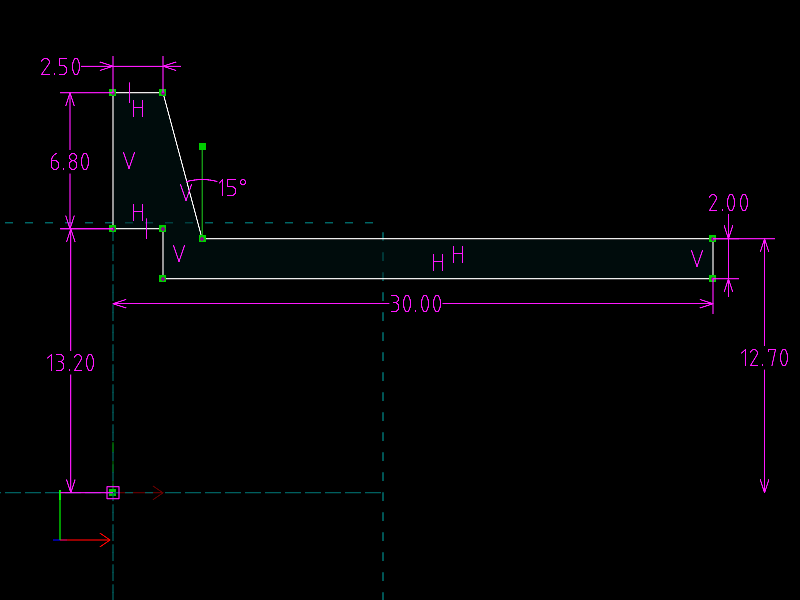 (The illustration on the right is "live"; it can be panned, rotated and scaled.)

The fittings above were designed to be used with a cylindrical vacuum chamber, 200mm long with two NW160 flanges, two KF40 and one KF25 ports:

To repair a broken Ricor K526S crycooler, it was necessary to disassemble it, which of course meant it was depressurized. To evacuate it and eventually refill with helium, a special fixture was designed, as the cryocooler's filling port is just a hole in the case with a set screw. Further, an adapter that allows to insert the cold head into a vacuum system via a KF25 port was also designed.

First, the cryocooler and its cold head were modelled to verify fits:

Then, a fixture was designed, shown below with a cutout (blue). It consists of a bracket, a piston case that screws into the bracket (the thread is not modelled), a piston with a retaining screw, a retaining washer, a Swagelok fitting attached to the orange port (not modelled), and a few compression gaskets (also not modelled). The bracket and the piston case hold the cryocooler The retaining washer prevents the piston from being ejected by high pressure helium and, conversely, together with another washer prevents the piston from being sucked in and blocking the gas flow during evacuation.

The KF25 adapter for the cold head is a much simpler device:

As originally released, SolveSpace was far ahead almost every other FLOSS CAD by virtue of its parametric nature, exact internal representation of curves and a codebase easy to work with. (The only other FLOSS parametric CAD that uses a NURBS representation, including NURBS booleans, is FreeCAD.) While it was already suitable for practical work, it had a much greater unrealized potential.